RP (retinitis pigmentosa), is it true that due to genetics?


Until now, the understanding of modern medicine for RP is caused by genetic disease, meaning a disease inherited from the parents, and as yet there is no cure.

But based on my observations and experiences of the patients with RP in this year (2012), 4 people with RP: SR, Male 50 years old, Samarinda; Rama, Male 6 years old, Bandung, R, female, 35 years old, Karawang; Y , a female 38 years old, Lubuk Linggau: all patients with RP have ever had or have had a history of concussion in the head, several years before the onset of visual impairment. There is a clash in the head by accident / motor vehicle collisions, and there is a clash as a child (early childhood) due to drop it. So the cause of RP may be due had experienced concussion in the head? not genetics?

For example, discussion of the case is a patient RP, Rama, 6 years. If the RP because of genetics, the parents of patients with RP Rama should too, but they are not (parent’s Rama is normal vision). Based on the information parent’s Rama, Rama has been dropped to his head hard, before experiencing vision problems. But after undergoing therapy within 3 weeks, vision correction can reach 60-70%.

All the people mentioned above get SELAC therapy (Sinusoidal Electro Acupressure) with a combination of herbs droplets Isotoma longiflora Presl. (Indonesian : Ki tolod). Therapy is done by opening the energy barriers in the energy pathways between the brain and the eyes. Every time of therapy occurred, improvement by improvement for the better vision occurred. Therefore, during the period of treatment is done, the resulting vision correction proved significant.

My conclusion being, RP case not because of genetics, but due to a concussion in the head then gradually, sooner or later will lead to provide resistance or damage to the central nervous pathways in the brain to the image photoreceptor eyes, but with the way electro acupressure therapy (the SELAC) pathways can be improved. So the people with RP do not need to be desperate to get a recovery vision, as long as the condition is not yet blind eye sight at all. Insha Allah, it will be useful therapeutic method. 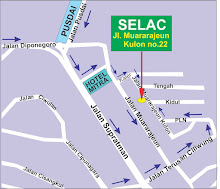